By admin on November 13, 2015 in Dating Advice for Men, Dating and Matchmaking Services, Dating Tips 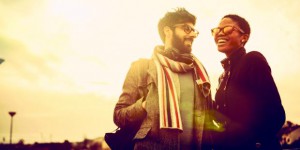 Is he a prince or a king?

If I had a $20 bill for every time a matchmaking client (male or female) hesitated to meet someone because the person hadn’t been married before, well … I’d be a wealthy woman indeed.

The issue most often comes from women, worried about falling in love with a guy who chose the single life long-term.

Here’s what to keep in mind, ladies: If you’re dating men who are in their late 30s, 40s, and 50s, they will tend to fall into two groups:

1. Those who have a rich, deep history of relationships, and all that goes with that (ex-wives, former loves, kids).

And oftentimes these formerly-partnered-up men are struggling to recover emotionally from that past, and also financially.

Supporting others for years and decades does present a financial burden to a man who is a classic provider/protector. In many cases this gentleman is in a situation where he must continue providing for these dependents for many more years to come.

It’s common for a new woman in his life to feel unhappy about the fact that he’ll continue providing emotional and financial support for these people. She wants a “good man” — the type of man who would want to continue to care for all of the important people in his life.

At first glance, it looks like something is “wrong” with this man. But, it’s a good idea to take a closer look before assuming who he is and the level of commitment he’s capable of making for his future.

I married a guy who was in this second category. He was what we might call a “late bloomer” — he wasn’t fully ready to take on the role of husband and father until he was in his mid-forties.

There were friends and family members who cautioned me about falling for a guy who might be non-committal.

Good thing I didn’t let their worries sway me. I’ve been married to Gil Ferman since 1990, and he’s been a really responsible, devoted, committed and loving husband and father to our two boys. We joke that he simply skipped his first marriage.