Why Dating Apps Set Women Up To Fail. The Attraction Conundrum.

By admin on September 6, 2017 in Dating Advice for Women, Dating Tips 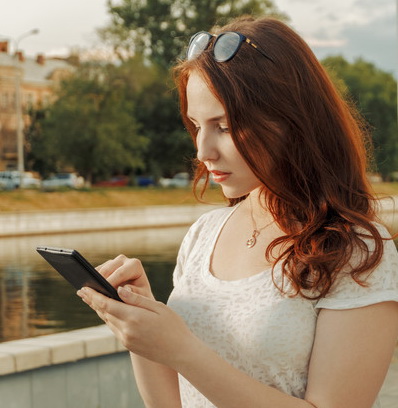 Swiping left, swiping right, making those super quick decisions about who to favor and who to toss in the trash – What a concept, right? After all, with the millions of unattached, available people out there in the world, looking for dates, hoping for love, we need to sift and sort quickly, don’t we?

NOT SO FAST, girls and guys.

I was consulting with one of my dating coaching clients, Marcie, over lunch today and she whipped out her iPhone to show me the guy she’d just met on “the new app” she’d started using. She opened the app, considered each of the new “matches” (for about half a second), she rolled her eyes at one, grunted “YUK” at another and I watched her quickly dismiss each of the new candidates the app had served up for her today. And I saw her make a tragic error…

I got to see firsthand just how quick and easy it was for this fantastic girl to … mess up her love life, using a dating app. She continued to swipe left (throwing each of these guys in the trash) without a thought or care, and one of these men was Josh, someone I know really well. Josh is a business colleague of mine, a management consultant, SUPER successful, and he’s a GREAT guy – the kind of guy Marcie came to me hoping to find and attract.

Marcie just tossed Josh in the dumpster, like a day old donut! Her discard? Josh has an MBA from Wharton, he’s funny as heck, he’s ready for marriage and kids (what she SAYS she’s wanting) and he’s PLENTY nice looking. On a scale of 1-10 in the looks department, I’d give Josh an 8 and Marcie might score an 8.5

Then she showed me the guy she’d had a date with last night. OK, I’d give the guy a 9.2 in the looks department (a typical LA gym rat type) but she said she is puzzled about him because she couldn’t figure out what he really did for a living, she’s not sure he’s even got a car (he’d Ubered to the date) and he was checking out other chicks at the bar the whole time they were together. Sorry, folks, but Gym Rat Guy sounds awfully yukky to me.

The problem? The dating apps set women up to fail, because they force us to choose from a VISUAL perspective first. Judging the book by the cover works better for men than it does for women, as by design, men are visual creatures and rarely develop attraction over time.

Think about it – have you ever met someone whom you didn’t find attractive at first, but then, over time, as you got to know each other, all of a sudden, BINGO – this person became thoroughly adorable? If you said Yes to that question, chances are…you’re a GIRL.

I’ve been asking that question to both men and women since 1990 – that’s thousands and thousands of single love-seekers – and here’s what I’ve learned. 85% of the women I’ve met with tell me that Yes, this has happened for them. They do in fact have the natural, God-given ability to develop attraction for a man over time — if she respects him, has fun with him, if she finds herself laughing with him, if she feels good around him, he gets better looking. So, if you’re a GUY, this is great news for you….if you’re really into a particular girl, chase after her – you might win her affection over time.

But here’s the trouble. When I ask that very same question to a man? Have you ever met a woman whom you weren’t attracted to initially, but then over time she grew on you and you did in fact develop “the hots” for her? Oh boy…less than 5% of the men I’ve surveyed can say Yes to that question. Sadly, guys just don’t develop attraction for us girls over time.

I know… it’s not fair. I mean, isn’t this the modern day, post women’s lib era, where everything should be equal? Women should have every right and privilege that men have? Well….not with dating, I’m afraid, as we’re built differently and we’re wired differently. I’ve been coaching and matching up men and women for decades now and what I know for sure is that each man has “his type” – I know a guy who’s only attracted to pencil thin Asian women. I know a guy who’s only attracted to Kardashian type curves. What chance does the skinny chick from Taiwan have with the guy who’s into curvy blonde chicks? NONE. But for her, the dating apps will serve up both guys, making it really easy for a girl pick the wrong guy and quickly dismiss one who could very well be Her Man, if she gave him a chance.

The dating apps force us to make quick decisions – too quick – we miss the details, and we girls LOVE the details. It’s through the details (under the surface) that we learn what a guy’s really made of, and that’s when the seeds of love begin to take root for women.

The secret for us girls? Pay attention to the men who are attracted to us already. Give THOSE guys a shot, rather than chasing after “the cute boy” – as chances are…we don’t have a shot at him, at all. If you ARE using a dating app, and you’re a girl, it can work out for you, if you’re careful, meaning if you take the time to really study up on the men who have selected you, and if you err on the side of generosity as you’re judging the cover of the book. Be sure to look inside before tossing potential suitors into the dumpster.

Swipe slowly, ladies….and pay attention to the men who have already said Yes to you. You do have a shot at THAT guy.