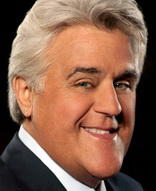 We’re all a little wistful in saying Goodbye to our beloved Jay Leno this week, as host of The Tonight Show. In honor of Jay’s departure, let’s revisit one of my favorite Leno Land moments. Did you hear about Jay Leno’s pick for the most embarrassing first date story ever?

I know you and I think we’ve had some cringe-worthy first date experiences, but this one — it’s in a league all on its own. Jay asked his audience to share their most embarrassing first date stories, and here’s the tale that stole the show:

The woman in the audience told the story of a very, very cold, snowy day. The guy she was having the first date with had chosen to take her to a ski resort in Utah near Salt Lake City for a day trip. They were, of course, strangers, virtually. They enjoyed a nice day of skiing together and things were going along just fine until the ride home from the resort late that afternoon.

She realized as they were driving back down the mountain that she maybe shouldn’t have had that late afternoon latte, as pressure was building and there was no gas station or rest stop in sight. Beginning to get very uncomfortable, and realizing that they were an hour from a restroom of any kind, her date suggested that she “hold it” for a while, which she did…for about as long as she possibly could. The snow was continuing to fall, the drive was slow, and as she was ready to explode, she asked him if he’d pull over so she could take care of business by the side of the road, vs. in the front seat of his car…

He stopped the car and she bolted out, yanking down her pants, her feet sinking into the deep snow. Losing her footing, her butt fell upon the rear fender, which provided the extra support she needed, and she continued the business at hand. Ahhh.

Her date? He was the perfect gentleman, watching for traffic, he didn’t even peek. Her embarrassment over her compromised position was overcome by the welcome relief she felt. Upon the job’s completion, she realized her troubles weren’t over, as she discovered that her butt cheeks had become firmly affixed to the fender of the car. A wet tongue on a frozen pole? Not good. A butt stuck to an icy car fender? Oh my… She tried unsuccessfully to pull her fleshy behind away from the frozen metal, with no luck. This first date had quickly morphed into a nightmare she could have never imagined, as her date yells out, “How are you doing over there?”

To which she replied, in horror, but with humor… “I think I’ve frozen my ass off, and I’m afraid I might need some help.”

Keeping Cool in an Icy Situation

She covers what she can with her sweater, and as he sees her in this vulnerable state, the two of them burst into laughter, which eased the tension a bit. But clearly they had a problem to solve. What might they use to free her frozen butt cheeks from the grip of the icy fender? Well… perhaps you can guess what he chose to do.

She turned her head as he whipped “it out” and let it go, right where she needed that stream of warm liquid. He did indeed pee her to freedom.

Jay Leno’s comment? “This gives a whole new meaning to being ‘pissed off'”

The best part of the story? Her husband was sitting next to her in the audience… Yeah, Mr. and Mrs. Pee lived happily ever after.

Do YOU have a first date story? I bet you do! I’d love to hear it. Email it to me here: Julie@JulieFerman.com

Julie Ferman is the Founder of Julie Ferman Associates. As a personal matchmaker, dating coach, media personality, professional speaker, dating industry consultant and events producer, her mission is to dignify and simplify the love search process for selective, relationship-minded professionals. Julie Ferman Associates provides personal matchmaking services and a full menu of dating coaching services to single men and women throughout the U.S. and Canada.
View all posts by Julie →

Should He Ask to Kiss her, or Should He Go For It?
Is Your Mobile Device Killing Your Flirt?