How Love Won in 2018. Your Matchmaker’s Musings.

By admin on January 14, 2019 in Dating Tips, Your Matchmaker's Musings 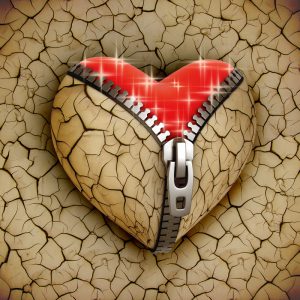 At the end of each year, I love to study the new Success Story Couples – the couples that I saw connect, fall in love and commit to each other – to see what trends are developing, and to learn from these successes.  Here are four couples who jumped over hurdles to be together.

63 miles, which in LA can be an obstacle in dating. But … not for Jenny and Paul, whose homes are 63 miles from each other. They used this would be “problem” to their advantage, creating fun adventure dates in all kinds of creative ways for their early get-togethers: Griffith Park, Santa Monica, Pasadena and on the slopes of Mountain High. At the moment they’re in Cabo for the holidays. The distance between them? Hardly any these days, as they’re renting out his place and now, he gets to live by the water. Boom.

A woman who’s 6’0 tall. TOUGH to match? Yes, if SHE is hung up on height. I find consistently that it’s not men who are stuck on the requirement that he be taller than she. More often, I find that it’s women who are likely to veto a match due to height. Isabel watched her equally tall twin sister sit on the sidelines of the dating arena all her life, waiting for that 6’2” guy to knock on her door. Isabel did the research, aghast to learn that only 3.9% of men are in that category, and so she made a decision to stop using height as a criterium in her search. The guy Isabel married this year? The guy whom she calls the love of her life? He’s 5’9 and he’s the biggest man she’s ever met. She says she’s never felt more feminine, more cherished, more adored. Her sister? Yeah, sadly, still on the sidelines…

Ageism can be outgrown.  I had nearly given up on Jon, whom I’ve known since I initially started my matchmaking company, way back in 2001. He’s a highly successful business owner, in the fashion industry, having been with model and actress types all his life. Each relationship he’d had was with a woman who was 20+ years younger than he. When he called me to inquire about personal matchmaking with me, I told him that I’d be happy to work with him, as long as he’s not going to run his ageism number on me. He’d need to be OK with my NOT revealing age on my profiles. Current photos? Yes, but those digits, nope, I don’t reveal them, as age is not anywhere near as important as single love seekers tend to think. Thirteen – the number of introductions Jon and I did together this year. The one that stuck? She’s 3 years his senior, and finally, he gets it. He signed his last email to me, “Jon, a reformed ageist.”

Tragedy. Hilary and her two kids had to evacuate during the Woolsey Fire and as the emergency crews were combing her neighborhood in Oak Park, she found herself scrambling to find a place to go with her two kids and two dogs. Hilary’s phone lit up with a text message from Chris, a man she’d had a first date with a week earlier. (Nice date, but she had put him in the Friend Zone.) He was checking in on her and her kids, to make sure they were safe. He invited her and her whole crew to crash at his place in Encino, where they stayed for 3 nights.  It was a beautiful time for each of them.  So much so, that they’re spending New Year’s Eve together at her place.  She and the kids are cooking up a storm for him and they have a gorgeous new relationship happening. She was surprised to learn that she does indeed have the ability to develop quite a powerful romantic attraction over time, especially with a man who is a natural Provider / Protector type. He made her feel safe, and … she fell for the guy.

Looking at the new year ahead, how will YOU open up your parameters? Check your “list” and re-identify for yourself what are your Top Three or maybe your Top Five Critical Criteria?  Discipline yourself to say YES to opportunities and possibilities with the people in your world who fit THAT bill. My prediction? If you can do dating that way, you’ll be in a whole different scenario a year from now.

Happy New Year to you all.   Share your stories with me – I love to hear them.

YOU Get To Help Julie Ferman Play Matchmaker!
Smart Men, Silly Men. Which are YOU?