A problem always presents an opportunity. Every time. Without exception.

Dating in the time of social distancing? Big problem, Yes? Which indeed presents opportunity. It’s not all bad, folks. Here is a real-life example of dating done well, even today, mid-April, 2020, when we’re asked to, required to stay at home, and for so many – all alone. Dating? Today? In fishbowls?

While plenty of single men and women are opting out of dating altogether, weathering the storm in isolation, there are others who are finding new, bold, creative ways to engage in the process of dating, exploring potential candidates and some are developing new relationships.

Case in point. Carole and Robby, both in their mid-forties. They’d met initially at my last event in Los Angeles, way back in January, when I could still gather 40 people at a wine bar in Santa Monica. Seems like ages ago now, doesn’t it? I could tell that day that Carole and Robby were interested in each other at the event and before she left, she gave me a hug and whispered in my ear that she and Robby had exchanged cell numbers and planned to get together for drinks. Busy work and travel schedules kept that first date from getting scheduled until mid-March, and by that time, we’d all been asked to place ourselves on virtual house arrest and the date got stalled out, understandably. A LOT of dates got cancelled in March and a lot of new connections just didn’t happen.

It was Carole’s tenacity, playfulness and creativity that got things jump-started. First, she started sharing with Robby some of the hilarious jokes, photos and memes she’d been seeing circulating around on social media. Then, he started sharing TikTok videos with her and what began to happen for them was … this thing we call connection.

Carole and Robby began to look forward to their next shared crack-up, literally bonding over laughter. Soon, they were Facetiming together, talking by phone on bad hair days… and after a month or so of this “long distance dating” (they live just 15 miles from each other) Carole suggested that they meet up in person, in socially distant fashion. There’s a little green space in her neighborhood community, where she envisioned a real, live date with Robby. She suggested that they meet there on a Sunday afternoon, on two separate benches, and each of them would bring their own drinks / snacks so they could have a Park Bench Date together. 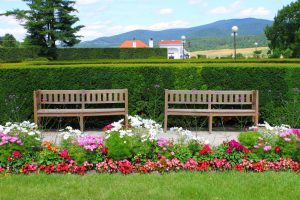 They did. They had a blast. They took turns sharing music from their playlists, on their cell phones. He had mixed up margaritas for them to share and she brought chips, guacamole, raspberries and chocolates. They spent two hours together that day, which was a few weeks ago.

The two of them have clicked quite nicely, in what she says is a “more meaningful way” than she’s experienced these last several years, since she’s been dating in Los Angeles. They’re in daily contact, they’ve had two follow up dates, one at his place over a BBQ and last Saturday night at her place, where they had their very first kiss.

Carole and I had a coaching call today and she shared with me how the pandemic has had a surprising effect for her. She said that she and Robby were forced to get to know each other slowly, over time, in hands-off fashion. They didn’t touch at all for their first two dates; no handshake, no hugs, no goodbye kiss. She said it was awkward, but in a cute way. It felt romantic, Victorian, the way she envisioned her grandparents might have courted.

When I asked her, in the midst of this crisis, what types of opportunities have been brought to her, she said “Maturity. I feel like I’m dating like a grown-up for the first time in my life.” She and Robby will be back over at his place on Saturday to cook up an Asian stir-fry together, then Netflix and Chill. 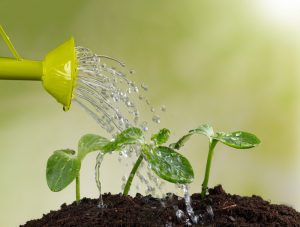