Do You Have “A Shot” At This Guy? First, Two Hurdles To Jump Over

By admin on June 19, 2016 in Dating and Matchmaking Services, Dating Tips, Your Matchmaker's Musings 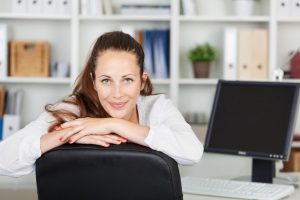 Vicki was over the moon delighted with John the gentleman I introduced to her – he’s JUST the type of man she came to me hoping to meet. Handsome, successful, engaging, honest and open, and … sincerely seeking life-long love. But…alas…on his side, the chemistry isn’t there. In studying her personal profile initially, he was delighted to have the chance to meet her. He loved her photos, her sense of humor tickled him, and they share a love of endurance cycling, running, and mountain trekking – and so he was thoroughly jazzed to meet her. But in person, the spark just didn’t ignite for him. In his post-date feedback comments he wrote, “There’s a certain magic that happens for me, chemistry-wise, and I can tell if it’s there or not” he said. “If the sparks aren’t flying on the first date, I’ll make a new friend, but I know that the romance isn’t going to kick in for me down the road, so I know not to flirt too much. I’m not dating to play games or have superficial connection. Vicki’s a great woman, just not for me romantically.” BUMMER, right? But not if we learn something.

The Lesson: Vicki learned that she only has a shot with the guy who thinks SHE’s hot. Now, just to show the flip side of this nasty attraction equation, John showed up at my SchmoozeFest last week in Los Angeles, and even with a room full of remarkable, attractive single women, there was only ONE who really caught his eye. And if it makes you ladies feel better, it looked to me like she was blowing him off…, so John’s journey is also full of disappointment and rejection.

Claire is my dating coaching client, navigating her way through online dating. She scheduled a call with me to work through The John Situation. She thinks John is her IT Guy. EVERYTHING checks out – Chemistry if off the charts for them both, they share some key passions, the financial stuff, they have a great time together – except…. For him, she’s discovered that timing is off. He’s 37 and while he’s actively dating and has enjoyed a series of great relationships, he volunteered last night on their third date that he is not what he calls “Marriage Material” quite yet, and he is compassionate enough and courageous enough to say so to the women he’s meeting. He’s a young attorney, building his law practice, his empire, and he knows that he’s the type of man who needs to have things SET before he takes on the role of Husband and Father. My husband was that kinda guy, marrying at 44, and not a day before.  Just so you know, ladies, there is the other kind of young man who is happiest with his woman by his side while he’s building. He might not be “SET” yet financially, but he’s game for building together.

TWO BIG HURDLES we have to get over, before we have a shot at a guy, for the possibility of long-term relationship.

2) Is TIMING right for HIM?

To ATTRACT those you have a shot at: If you’re registered with your local matchmakers (Always a smart idea) and / or if you’re doing online dating of any kind, you simply MUST have great, current photos of the adorable you. We need a warm, friendly face shot (lose the sunglasses, hats, ex boyfriends, pets and gal pals please….) and we absolutely, positively need a current, flattering bod shot.  Where to get photos? Attend one of our events, as we always take photos at our live events: https://www.julieferman.com/LA_singles_Events.aspx  or schedule a super reasonable session with our friends at LookBetterOnline: https://www.julieferman.com/ResourcesCategories.aspx?id=204

Is TIMING right for him? Only he can really know. Make it clear what it is that YOU are seeking, in a positive way, and if he’s a good guy, he’ll sort himself right out if he’s not ready for the relationship you’re looking to create for yourself.

Melissa did it JUST RIGHT. At the event we produced last week, I watched my matchmaking client, Melissa handle both hurdles so gracefully. I gave her an assignment, which was to be sure to meet each man at the event. Throughout the evening she chose to consciously lead with her “feminine” by using her eye contact and her warm, playful smile to move through the room, engaging the men who were catching her eye at the party. She got lots of attention, and she felt confident that the men who were approaching her were indeed attracted, so she had the first hurdle handled. Smart.  And then I watched her handle the second hurdle (His Timing) so gracefully. Here’s how she did it.

An interesting, handsome new guy showed up at the event. His name is Bruce. He approached Melissa and I could tell had really “lit” on her. He asked her if she’d meet him for a drink or dinner next week, and she responded with an unusual tactic. She said, “Could be a fine idea, except, first, can I ask you a rather bold question?” He was curious, and said, “Sure, ask me anything.” She said, “What kind of dating are you doing these days? Are you ready for The Big Love, or are you enjoying dating casually? I guess what I’m asking is, what’s your ideal dating scenario at this time in your life?”

The beauty of this line of questioning was that she didn’t sound ATTACHED to what his response might be. Bold, indeed, yes? My back was to Melissa, but I was within earshot and I was dying to hear what he would say. Would he say what he THOUGHT she wanted to hear, or would her comfort level with this direct approach put him at ease enough to tell The Truth. He said that he’s finishing up his divorce process and that he’s enjoying “getting his feet wet” even though “dating is a bizarre and sometimes terrifying experience.” She could tell that he’s great, but not for her at this time in his life, or in her life.

Melissa has a calling card (not her business card) that reveals only her first name and an email address – she wrote something on the card and gave it to him. He laughed, shook her hand, saying “You’re ON!” and he walked away, with a big smile and a knowing look in his eye. What did she write on the card? I had to ask. She wrote, “When timing is right for The Big Love”

Why Melissa is soaring through the dating process. She’s having a wonderful time dating, being “in suspense” and not knowing how long it will be before that connection will happen for her. The connection she KNOWS will happen for her. She radiates calm, peace and self-worth. She has faith in herself and in men and in love, and that’s why men were buzzing around her all evening long.  She says her secret to happy, joyous dating is in learning to “wait for it.”

Which Online Dating Site is best for YOU?
Do you have the HEART for love?