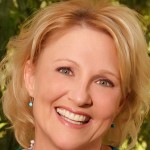 OK folks, it’s time for me to address my least favorite word. CHEAP. I don’t even like to use the word “hate” but…I’ve gotta tell ya, I have reached a point where I do really hate the word CHEAP. It puts the person who’s using the word in a really poor light, in an ugly light…and I think ugly behavior is far worse…

Cheap is a term that I find rarely used by men. In my world as a professional matchmaker and dating coach, I often see women dismissing a man far too quickly if she senses that he’s frugal – if he is in her estimation “tight” with money. What’s frugal? Anyone who’s not jazzed to spend money the way she wants him to.

Classic example: Upon leaving the restaurant on Date Number Two with John, a successful business consultant, Claudia was miffed that he didn’t offer to spring for her valet parking. She’s concluded that he is “cheap” and wrote to me this morning saying she’s decided not to see him again.

What? Now, I happen to know that this past week John has treated this woman, Claudia to a lovely lunch at the Bel Air Hotel and he picked up a hefty dinner bill last night in Brentwood, driving across town to meet in her on both occasions. Claudia is divorced, no kids, her earnings as a CPA are comparable to his, and she receives a sizable alimony check each month from her ex. What Claudia likely doesn’t know is that John’s covering the bill for two kids in college, he’s funding his mom’s nursing care, he pays alimony to his ex, and his salary has been cut during the economic downturn. John’s a guy who is sincerely seeking long-term relationship, and whereas plenty of single men these days limit their exposure by suggesting coffee dates, John regularly opts for lunch or dinner dates with the women who intrigue him, and he never grumbles about picking up the restaurant tab.

He didn’t pounce on her valet parking ticket? She should have grabbed his ticket and graciously welcomed the opportunity to share in the expense of their date. She should be looking for an opportunity to spring for theatre tickets or to bring a gorgeous picnic lunch to the beach for their next date.

You want generosity ladies? Demonstrate it. Bring him a sweet little gift, offer to put the wear and tear on your car vs. his, invite him over for a beautifully prepared meal or use your precious points for the airline tickets or the hotels on your first vacation together.

Jacqueline complained because Bruce ordered the least expensive bottle of wine on the menu. Jennifer was irritated that Brian suggested drinks and appetizers at the bar vs. a full out meal. Amanda quickly dismissed Stuart because he had commented about the price of entrees on the menu (she had suggested they dine at Maestros – he’d never been there, and didn’t realize he had signed up for a $200 dining adventure.) Suzanne was turned off because Glen used a 2 for 1 entrée coupon.

Ladies, this behavior is gross…I say, single women who are dating should either happily offer to spring for the bill on occasion, or they should casually offer cash or throw in a credit card to share the expense, or they should just zip their lip and express sincere appreciation for the investment that her suitor is making in getting to know her. Even if it’s a lousy cup of coffee at a deli.

Gil and I have been married for 20 years, and he is admittedly one of the “tighter” dudes on the planet. If it weren’t for Gil’s insistence that we be cautious (annoyingly cautious sometimes, I’ll confess) about our spending habits, we would surely have lost our house in the financial crisis, as so many other families have. As it is, we’re doing just fine, we have learned to share expenses in partnership, and we’re building our future together. We actually have fun looking for money stretching opportunities. Is clipping coupons sexy? Well, sure – if you consider mutual support and sharing to be sexy, and I do.

Here’s what I’ve learned works really well. Just plan on the likelihood that you and the man you’re dating will have differences in how you deal with money. An expenditure that seems reasonable or important to you might be a frivolity or an indulgence to him. How to get around it? Make deals about who pays for what, be flexible, practice generosity, and above all…resist the temptation to “peg” a man as being cheap if his spending habits and preferences are different than yours

My sister’s coming into town for a visit next month. Having the carpets and the windows cleaned — I just know this is really low on Gil’s list of things to fund. And it’s important to me, so I’ll take care of it. No fanfare, no arguments, just something I’ll quietly cover, because it’s important to me.

My Client Travis is a very successful real estate investor who lives in a lovely home in Malibu. He likes his creature comforts, drives a serious sports car, always dresses well – he’s the picture of Mr. Desirable, and he’s especially sensitive to the Gold Digger factor. He shared with me his red flag – if he’s five or six dates into a new relationship with a woman he’s dating and she’s never demonstrated an inkling of generosity herself, well…he’s outta there. The woman he’s dating now handled things just right. She’s invited him to her country club for a round of golf and dinner afterwards, she treated him to the Hollywood Bowl – he knows she’s seeing him for him, not for the goodies he can provide for her.

Take the word CHEAP and discard it from your vocabulary. The millionaire next door might have gotten there by holding onto his cash…

Julie Ferman is the Founder of Julie Ferman Associates. As a personal matchmaker, dating coach, media personality, professional speaker, dating industry consultant and events producer, her mission is to dignify and simplify the love search process for selective, relationship-minded professionals. Julie Ferman Associates provides personal matchmaking services and a full menu of dating coaching services to single men and women throughout the U.S. and Canada.
View all posts by Julie →